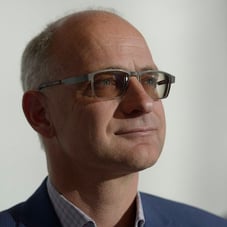 Denmark’s Novo Seeds was established in 2007 in order to identify promising scientific research in the Nordic region, build life sciences companies that deliver commercially-attractive opportunities to investors and pharma partners, and develop novel treatments that can make a difference to patients’ lives.

There are two avenues through which Novo Seeds engages with academic researchers and entrepreneurs. The first is a pre-seed programme. As the early-stage investment arm of Novo Holdings, owned by the Novo Nordisk Foundation, the firm administers grants on behalf of the Foundation. It then incubates these academic research projects to the point where they are ready to attract seed financing. “Then, of course, there’s a major effort to do seed investment as well as follow-on investments in our companies and invest all the way to an exit,” says Stephan Christgau (pictured), Senior Partner at Novo Seeds.

In addition to its pre-seed programme and company creation efforts in the Nordic region, the firm invests in early-stage biotech and medtech companies throughout Europe. Above all, it looks for companies and research projects that are pioneering novel therapies and technologies. “Because we invest early, we know we have quite some time ahead of us before programmes reach the market, so it has to be differentiated. It has to have the potential to really make a big difference to patients,” explains Christgau.

Christgau points to portfolio company Galecto Biotech as an example of this investment approach. Galecto, which develops galectin modulators to treat diseases such as cancer, fibrosis and inflammation, received pre-seed grant funding from the Novo Nordisk Foundation in 2010 and seed funding from Novo Seeds in 2011. In October 2018, the biotech closed a €79 million Series C round that will enable it to progress its lead programme for idiopathic pulmonary fibrosis (IPF) into a Phase 2/3 trial and to conduct clinical studies for two galectin-3 inhibitor drug candidates. Novo Seeds is the largest shareholder in the company, investing €12.5 million in its latest funding round.

“[Galecto’s] founders pioneered this [galectin] research and they have a fantastic understanding of this group of molecules and how they play a role in the biology of fibrosis. That paved the way for the first pre-seed investment, the first investment, and now they are moving into Phase 2/3 studies. It’s very satisfying to see that development,” says Christgau. “It takes time, but because we saw this competence around the biology and the target having the potential to be truly novel compared to everything else in development for fibrosis in general, and IPF in particular, we went in and created the company.”

For Novo Seeds, the potential that could be realised over the longer term by backing differentiated and novel therapies outweighs the initial risks. Christgau explains: “We accept that this entails a higher scientific or development risk but we’re willing to take that risk because we think it entails a much lower commercial risk.”

Ultimately, the firm aims to harness innovative research at an early stage and build long-term value that translates into benefits for patients, and in order to achieve this, the support it provides to portfolio companies extends beyond the financial. To borrow Christgau’s football metaphor, it works with companies to help them reach UEFA Champions League standard – the premier tournament for top-division clubs across Europe.

In practice, this assistance takes several forms and starts at the pre-seed stage. “It’s a very active process where we talk with researchers, explore the science, set the right goals, and help them to define indications – whatever it takes to progress it to a commercially-relevant stage. It could be a patent strategy or it could be looking at a specific indication,” says Christgau.

Start-ups can then benefit from the industry and management expertise of seasoned entrepreneurs, as well as strategic and operational input, via Novo Seeds’ advisory unit and entrepreneur-in-residence programme BiOrigin. Founded in 2017, BiOrigin draws on an experienced advisory board and management team. This includes Casper Tind Hansen, Co-Founder and Chief Executive Officer at Embark Biotech, a Copenhagen-based company that recently announced a research collaboration with Novo Nordisk to develop novel drug candidates for obesity and associated metabolic diseases. Embark itself was incubated by Novo Seeds after securing a pre-seed grant from the Novo Nordisk Foundation in 2016.

The experience available through BiOrigin is complemented by that of the Novo Seeds team, which focuses on developing a constructive relationship with portfolio companies to help guide them on their development path. “At the end of the day, the people who really create value are of course the founders and people who work at the companies,” stresses Christgau. “We seek to build trust and a good relationship [with them], which also means we can tell them when we are not in agreement and when we think things should be done differently, in a constructive way.”

Last but not least, Novo Seeds takes an active role in bringing together an investor syndicate to finance and support pre-seed projects once they reach seed stage. The general objective is that for every euro that Novo Seeds invests in a start-up, two euros will be invested by other investors, notes Christgau. “The aim is to ensure that our projects and companies are on a par with the best in Europe and the best way to do that is to ensure that other [investors] also think they are so good that they want to invest their money.”

A decade of driving innovation

In February 2017, Novo Seeds celebrated its first portfolio company IPO when Lysogene listed on Euronext Paris, raising approximately €24.6 million. The firm invested in the gene therapy company’s €16.5 million Series A round in 2014, alongside Sofinnova Partners and BPI France’s Innobio Fund.

The milestone coincided with Novo Seeds’ 10th anniversary, marking a decade of significant developments for the firm and the life sciences companies it has backed. “Having been involved in Novo Seeds since the very beginning, it’s been quite a journey,” remarks Christgau. “We started as a locally-anchored investment activity that mainly focused on seed rounds, hence the name. We’ve now developed into an early-stage-focused investor with capabilities to take our companies all the way to an exit.”

Among Christgau’s many highlights over the last decade is Novo Seeds’ work with EpiTherapeutics. “It was one of the first companies we invested in all the way from the beginning. It’s a good example of our active involvement [with portfolio companies],” he explains. “We built a syndicate; I believe it was the first syndicate where we got non-Scandinavian investors on board.” EpiTherapeutics was acquired by Gilead for $65 million in 2015, at which point its investor syndicate included Novo Seeds, SEED Capital Denmark, Lundbeckfond Ventures, OSI Pharmaceuticals, and M Ventures.

The continuing progress of the companies that Novo Seeds has supported from the early and pre-seed stages is also an indication of the firm’s growth. This ranges from Galecto’s €79 million Series C round to 2014 pre-seed grant recipient NMD Pharma, which raised a €38 million Series A round in March 2018. Meanwhile, immuno-oncology portfolio company IO Biotech dosed the first patient in its global Phase 1/2 clinical trial this September, and Acesion Pharma, which is developing treatments for atrial fibrillation, recently announced positive results from the Phase 1 clinical trial of its lead compound.

Looking beyond the buzz

Novo Seeds has been keen to support innovations that may be considered somewhat off the beaten track, whether that be treatments for neglected disease areas or companies that are located in regions where the life sciences ecosystem is less developed. “There are some indications which maybe haven’t received as much attention, but where we have found some really interesting opportunities,” says Christgau. “One area is women’s health.”

Its portfolio includes Finland’s Forendo Pharma, which is developing a potential treatment for endometriosis that is capable of acting locally in target tissues. “It promises to be able to treat women without affecting systemic hormone levels, only affecting the lesions. It’s very interesting biology and an example of something truly differentiated,” adds Christgau.

The firm is also working to drive early-stage developments in treatments combatting antimicrobial resistance. In February 2018, Novo Holdings launched the $165 million REPAIR (Replenishing and Enabling the Pipeline for Anti-Infective Resistance) Impact Fund, commissioned by the Novo Nordisk Foundation. “Anti-infectives is another area that is a bit neglected, but if you look at the statistics the number of multi-resistant pathogens emerging is really concerning,” states Christgau. “[The fund] is quite remarkable and unique, offered to us through the financial resources of Novo Holdings. It’s something we’re glad to have pioneered and I think in the years to come we will see some interesting opportunities coming out of this initiative.”

Novo Seeds looks forward to further exits and clinical progress among its portfolio companies over the coming decade, as well as increased syndication with US investors. “I think in the coming 10 years we will see a greater influx of US capital in European opportunities,” notes Christgau. “At Novo Seeds, we hope we can be a bridge or catalyst to working with our friends and other US funds. In that way, [we can] facilitate the biotech companies we have built in becoming truly global, and in accessing the European, US and global markets.”

Internationalisation has been high on the firm’s agenda since its inception. “We very much see it as a main focus area for us when we are approached by an early-stage entrepreneur to push for the person to reach out to expertise wherever it may be,” Christgau says. “Whether it’s Brisbane, Bombay or Boston, you should always connect with the best people.”

At the same time, Novo Seeds plans to continue its efforts to build up the pool of management talent in the Nordic region and support local innovation. The Novo Nordisk Foundation has awarded a DKK392 million grant to establish the BioInnovation Institute (BII) over the three years to 2020. Based in Denmark, the BII will serve as an international incubator for life science research and entrepreneurs. As Christgau explains: “We hope that this will bring even more horsepower to early-stage company creation and help us enhance opportunities here.”

Note: Download a PDF version of this article here. You can also find out more about how Novo Seeds helps to foster early-stage innovation at the LSX World Congress, London, on 5-6 February 2019, where Managing Partner Søren Møller will participate in the panel discussion: Seeding and Nurturing the Next Generation.