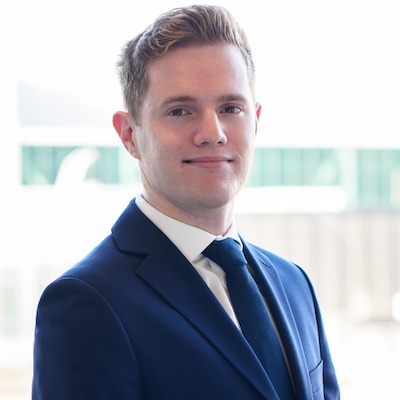 M&A deals and the pharmaceutical sector: Are your IP ducks in a row?

M&A deals and the pharmaceutical sector: Are your IP ducks in a row?

2018 has so far been a productive year for M&A deals in the pharmaceutical sector. At the start of the year, Celgene acquired both Impact Biomedicines for around $7 billion and Juno Therapeutics, Inc for a total of approximately $9 billion. In March, Sanofi completed its $11.6 billion acquisition of Bioveratis. A few months later in June, Sanofi’s $4.6 billion purchase of biotech company Ablynx was also completed. More recently, Novartis announced a $8.7 billion acquisition of AveXis.

The acquisition of successful small- to medium-sized pharmaceutical companies by a larger market player and the additional funds and resources this provides can really propel research forward. Equally, it is one of many strategies that bigger companies use to reduce some of the financial risk associated with carrying out their own in-house research.

Whatever the motivation, it is important that the potential drugs and commercial processes have adequate protection. Without sufficient and demonstrable market exclusivity, interest in an M&A discussion may be hard to come by. So if you are a small- to mid-sized pharmaceutical company with a potential future interest in joining forces with a larger undertaking, read on as we examine a selection of ways to get your proverbial patent ducks in a row before taking further steps.

A cornerstone of any M&A transaction is, naturally, the acquisition of intellectual property rights.

However, before the possibility of a discussion is even on the table, it is critical to confirm that all inventors’ rights have been duly assigned to your company for all relevant jurisdictions. Otherwise, a selling company can find itself in hot water when it transpires that it is not even entitled to assign certain rights in the first place.

Some inventions, particularly in the fields of mechanics and engineering, are the result of a flash of genius of a single inventor. On the other hand, a new pharmaceutical substance or chemical process is almost always the outcome of a drawn-out collaborative effort between different teams – with Alexander Fleming’s eagle-eye for mould being perhaps the most famous exception to this rule. An unavoidable consequence is that several people make separate contributions to the invention and are, therefore, all inventors. The more people that are involved in an invention, the more likely it is that a share to that invention gets “left behind”.

Even if all inventors are known, digging deeper into the legalities of assignment agreements can sometimes reveal that certain rights may still reside with an employee inventor. Collaborations between different research institutes have also been known to throw up complications in assigning inventions. Such issues can be further exacerbated if certain inventors have since left the company, for instance, and tracking down relevant people can turn into something of a wild goose chase – or, even worse, the company no longer exists!

We strongly advise carrying out a full portfolio review using our IP Audit well in advance of any potential M&A discussion, so that any existing loose ends can be identified and tied up.

Although it is usually the blockbuster pharmaceuticals that enjoy most of the limelight, a great deal of importance is invariably still attached to the process of making them. Indeed, after a patent to an active pharmaceutical ingredient has since expired, it may be that a substantial amount of protection is still given by patents to the particular processes for making that pharmaceutical.

Sometimes a company in-licenses certain technologies from a third party for use as part of these production processes – for example, a certain purification procedure or method of producing a particular intermediate. In some cases, this will be done under the terms of an exclusive licence. If so, it is important to be able to provide an acquiring company with legally valid assurance that they will have the same rights to use this technology after the M&A deal has gone through.

The value of maintaining a licence database with detailed information on the nature of the licensed technology and extent of the rights cannot be understated. Since a company will typically be required to make this information available to a buyer anyway, a last minute scramble to obtain this information can be avoided by keeping track of the details from an early stage – rather than once the prospect of an M&A deal surfaces.

3. INFRINGEMENT AND FREEDOM TO OPERATE

The pharmaceutical industry is well known for its competitive and litigious nature – there is a great deal of revenue at stake with a high-value drug, so competitors usually have few qualms about pursuing the legal certainty they require.

In order to quantify or manage the level of risk that an acquiring company might face, it will often demand warranties from the selling company in three key areas:


It is also important to be aware not only of the actual, current litigation scenario, but also the potential for litigation, especially with regard to key patents and other IP that an eventual acquiring company might be interested in. We can help you in identifying potential areas of weakness, so that you can be better prepared for a potential future contentious action.

Recent UK case law developments (in particular, the judgement in Actavis v Eli Lilly handed down by the UK Supreme Court) have brought changes to the amount of protection provided by a patent claim (especially a pharmaceutical patent claim). In some cases, a competitor’s patent might cover more than meets the eye. As a result, it is important to identify areas where there could be potential for “hidden” infringement.

A mid-sized pharmaceutical company will usually have a relatively well-established IP portfolio and it can be a lengthy and expensive process to carry out a full analysis all in one go. We therefore recommend eagle-eyed and continual monitoring of competitors and their contentious patent proceedings, supplemented by patent trend analyses and regular searches for new patent applications. This distributes effort and ensures all details are captured. Practising these critical aspects of good IP management also creates a favourable impression on potential partners.

Your patent portfolio should fully protect what you do. However, over time, changes and developments to formulations and processes can mean that original protection is no longer fully aligned with commercial processes or products.

To address this scenario, we offer an IP Audit service. As part of this, all commercial products are first identified. Existing IP is then mapped to that list. This initial step is, first and foremost, a reassurance exercise to demonstrate how well a company’s IP protects its business-critical pharmaceutical pipeline and essential processes.

A second part of an IP Audit is to decide whether protection is adequate, or whether further protection might be necessary. In some cases, it may be that older applications or patents are no longer required and can safely be abandoned, saving renewal fees in doing do.

The ability to demonstrate not only that your company has IP, but that it is precisely tailored to protect your commercial products and processes, will multiply interest from potential M&A partners. Our recommendation is to carry out an IP Audit before entering into discussions.

M&A in the pharmaceutical industry is typically a long game. A new drug requires many years of development, analysis and clinical trials before it can enter the market and unlock its potential revenue. In order to increase return or investment, patent owners aim to maximise market exclusivity.

Although a patent has a lifetime of up to 20 years in most jurisdictions, additional protection in the European Union of up to five years may be obtained via a Supplementary Protection Certificate (SPC). With regard to key patents, it is highly advantageous to have an idea of the likelihood of obtaining a SPC and be able to present this information to a potential acquiring company. A favourable outlook will likely increase the perceived value of the relevant IP by a considerable amount (and confirm that your IP portfolio is one worth crowing about!). These are all aspects that we are able to advise on, should the need arise.

Filing further patent applications directed to these types of developments can be used to effectively extend the life of the original patent. However, in order to be able to do so, it is critical that innovation is continually monitored and documented. Ideally, all data – and not just data related to the principle treatment target – should be considered by IP counsel and assessed for its inventive potential.

A further benefit to generating additional layers of IP is that value can be ascribed directly to it. Going into a negotiation, this approach may ensure that rights to certain subject matter (which may otherwise have been overlooked and automatically transferred to an acquiring company) are expressly included in the valuation of the IP, and thus the overall business.

Advice should also be sought on how to design experiments to generate data which support the therapeutic effect of the lead compound (as well as their derivatives) that competitors might seek to exploit. Such data can also be useful in providing support for a broad patent claim that gives a wide-ranging right or attractive position for any would-be acquirer.

Written by Josh Price, Associate at Gill Jennings & Every (GJE). This article was first published on www.gje.com.

GJE is a leading IP firm based in London and Munich and experienced in advising both MedTech and Biotech companies on protecting, exploiting, and managing their global IP assets to maximise their value. We also provide IP due diligence services to investors to help them ensure their investees’ IP is on the right track.