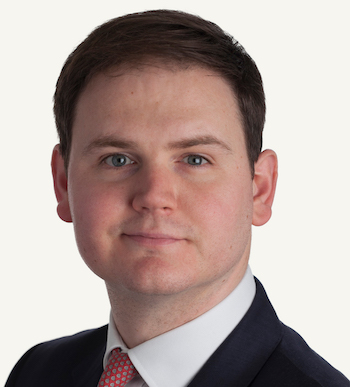 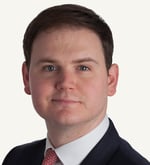 The Opinion of Advocate General Saugmandsgaard Øe in Abraxis Bioscience (Case C-443/17) was delivered on 13 December 2018. The Advocate General concluded that the UK Intellectual Property Office (UK IPO) had been correct in declining to grant a Supplementary Protection Certificate (SPC) to Abraxis for a novel formulation of an active substance which had already been the subject of an earlier SPC.

This case concerned Abraxane, a product for the treatment of certain breast, pancreatic and lung cancers consisting of paclitaxel formulated as albumin bound nanoparticles, “nab-paclitaxel”. Lengthy and expensive research led to this particular formulation of paclitaxel, resulting in the marketing authorisation (MA) for Abraxane being obtained significantly after the application for the patent was filed.

Abraxis was denied an SPC for Abraxane by the UK IPO and subsequently appealed this decision to the UK High Court, who referred the following question to the CJEU:

“For the purposes of this Regulation, the following definitions shall apply:

(a) “medicinal product” means any substance or combination of substances presented for treating or preventing disease in human beings or animals and any substance or combination of substances which may be administered to human beings or animals with a view to making a medical diagnosis or to restoring, correcting or modifying physiological functions in humans or in animals;

(c) “basic patent” means a patent which protects a product as such, a process to obtain a product or an application of a product, and which is designated by its holder for the purpose of the procedure for grant of [an SPC]; […] ”

Article 3 of the SPC Regulation sets out the conditions for obtaining an SPC for medicinal products in the EU:

“A certificate shall be granted if, in the Member State in which the application referred to in Article 7 is submitted and at the date of that application:

(d) the product is protected by a basic patent in force;

(e) a valid authorisation to place the product on the market as a medicinal product has been granted in accordance with Directive 2001/83/EC or Directive 2001/82/EC, as appropriate;

(f) the product has not already been the subject of a certificate;

(g) the authorisation referred to in point (b) is the first authorisation to place the product on the market as a medicinal product.”

It was argued by Abraxis that the teleological interpretation of Article 3(d) applied in Neurim (C-130/11) should be followed. The “first authorisation” referred to in Article 3(d) was the first relevant authorisation, i.e. the first authorisation within the scope of the basic patent, to place the product on the market as a medicinal product. The same policy considerations which led the Court of Appeal in Neurim to grant an SPC in the context of a new therapeutic use of an old active ingredient were applicable to Abraxane, a new and inventive formulation of paclitaxel, an old active ingredient.

Having considered the preamble, travaux préparatoires and relevant case law, the Advocate General rejected this interpretation, favouring instead a strict literal reading of Article 3(d). He acknowledged that this approach would result in certain inventions being denied SPC protection, but believed that in light of the overall objective of the SPC Regulation to balance all relevant interests in the medicinal product sector, a test deviating from the wording of Article 3(d) would not be justifiable.

When applied to the case at hand, this literal reading of Article 3(d) resulted in the Advocate General concluding that Abraxane should be denied an SPC. Although Abraxane’s MA was the first to fall within the scope of a basic patent protecting the new formulation of paclitaxel, it was not the first MA for paclitaxel and therefore did not fulfil the “first authorisation” condition of Article 3(d).

In the alternative, the Advocate General suggested that the basic scope of protection test in Neurim should be applicable only where a product previously authorised for a therapeutic indication in veterinary medicine is subsequently granted a MA for a new therapeutic indication in human medicine. Article 3(d) of the SPC Regulation will not prevent an SPC being granted on the basis of that MA, provided that it is the first to fall within the scope of the protection conferred by the basic patent being relied upon.

The effect of either of the Advocate General’s proposed interpretations of Article 3(d) is that it would be impossible to obtain an SPC for a new formulation, dosage regime or therapeutic indication where there is already an earlier MA for a human medicinal product. SPCs for nab-paclitaxel have been granted in nine Member States (Denmark, Greece, Spain, France, Italy, Luxembourg, Austria, Portugal and Finland), rejected in two Member States (Sweden and the United Kingdom), with pending SPC applications in three Member States (Germany, Ireland and the Netherlands), as well as in Switzerland. If the CJEU follow the Advocate-General’s advice, their decision would have the advantage of providing patent offices with much clearer guidance in these specific scenarios.

Written by Toby Sears, Senior Associate in the International IP Group at Allen & Overy, and co-authored by Anneena Keelay. This article was first published on Allen & Overy's Life Sciences Hub on 9 January 2019.

Allen & Overy is one of the world’s premier law firms. We act for life sciences companies and their investors across the pharmaceuticals, biotech, veterinary, medtech, diagnostics and healthcare sectors. We support our clients to grow and evolve to be market leading businesses – maximising their opportunities and successfully meeting their potential challenges. Our clients value our deep sector knowledge and highly commercial approach, combined with our top tier cross-border service offering – whether they are embarking on an IPO or other capital raise, conducting M&A or protecting their IP.