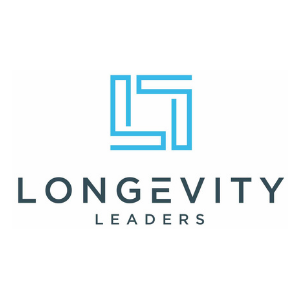 ANGELA: Tell me a little bit about your background and how you came to be such a prominent figure in the ageing space?

JACKIE: I’m a registered general nurse. I completed my nurse training in the Republic of Trinidad and Tobago, and then September 1999 emigrated to the UK. I found myself working in a small nurse-led community hospital which provided intermediate care and rehabilitation for older adults. In 2003, I took up the role of Clinical Board Manager at the Willesden Centre for Health and Care in Brent, which was another intermediate care and rehabilitation setting for adults. So those two roles began my initial experience working with older adults.

The pivotal point came during my time at Willesden Centre for Health and Care. There was a gentleman in the presence of the consultant, the registrar and his family who all felt that the safest place him would be to go into a care home. In a group meeting he turned to me and he said, “Sister, please don’t let them put me in a nursing home. They are sentencing me to a life of celibacy.” That struck at the very core of my being. I had never perceived how long-term care might have such an impact on this adult.

ANGELA: You’re quite well known for talking openly about the need to destigmatize sexual wellbeing in later life. Have you seen any change to how this conversation has evolved?

JACKIE: When I joined the Technology Strategy Board, as it was called then, about ten years ago, I tried to highlight this aspect of ageing and the need to maintain sexual wellbeing as a component of people’s lives. Back then it was seen as quite funny – “Oh Jackie, she’s crazy.”

I started to look at attitudes held by healthcare professionals and observed a neutering of the sexuality of adults past a completely subjective age range. In some cases, the findings showed an actively negative response, a sense of disgust. A man who expressed his desires was seen as a dirty old man. A woman might be branded a Cougar. There would be jokes about it.

There still needs to be a bigger shift in society’s attitude so that older adults feel that they have social permission to express their sexuality. I believe this is key to happiness, contentment and satisfaction. We cannot extricate sexuality from wellbeing in later life, it’s a core part of human nature. The benefits of sex for younger men and women are well understood, but there is still a failure to extrapolate this for older adults, particularly in the face of disability, degenerative conditions or chronic disease. Once you fall into one of those groups, or reach an arbitrary chronological age, sexuality is no longer supposed to be a part of your natural human desires. We need to amplify this discussion.

ANGELA: Speaking more broadly, what does the concept of wellbeing in later life mean to you?

Some of the conversations I have acknowledge these important elements of wellbeing, but we are not yet vigorously addressing them. As a result, they continue to prove a hindrance to older people achieving contentment, social acceptance and a sense of security.

Then we have the added problem of ageism. Ageism is the entrenched, largely unchallenged, pervasive discrimination of adults based on their chronological age. It needs to be at the forefront of every debate – when we talk about longevity, when we talk about digital technologies for older adults, when we talk about wellbeing, when we talk about workplaces. Until we are able to highlight and address ageism, and to break down some of these barriers legislatively, socially and economically. We won’t progress as quickly as we should.

We also all need to recognise that we are next in line to be elderly. For that reason, if no other, we should be looking to catalyse a shift in social attitudes to ageing.

ANGELA: Which other elements of well-being in later life would you like to see further up both policy and social agendas?

JACKIE: I would like to highlight institutional long-term care. There is a lot of attention on the age-related agenda now, especially around the opportunities bought by an ageing population. A major focus is keeping people independent in their own homes for longer. This implies that at some point you won’t be in your own home – that we’ll keep you there for as long as possible, but we anticipate that at some point you will have to move somewhere else. That somewhere else is what we’re not addressing.

The fact of the matter is that there are over fourteen thousand centenarians in the UK at the moment. That figure is expected to rise to about twenty-three thousand in the next decade. A significant segment of that population will require long term care. That’s where the problems start to manifest no matter how happy and fulfilled you are in later life.

I work in long term care, and I feel overwhelmed by it. It is so huge and unpleasant it’s frightening. Every now and then a scandal makes the headlines and the general public assumes it is an isolated incident. In my experience it is not. The regulator, despite their best efforts, do not have a handle on the situation. A lot of people put store in the ratings that these facilities receive, but a new light needs to be shone on ratings. These rating reflect policy adherence. They don’t accurately reflect the quality of life, the quality of care, the competence of carers or the rights and privileges of individuals in the facilities. We need to take a more innovative approach to improving long term care.

Technology and innovation are not generally commonplace in care, and yet they have an important role to play. Innovation – social, technological and business-related – needs to form a key component of ratings and standards.

ANGELA: What sort of technologies or innovations are you thinking of?

JACKIE: One of the fundamental problems we have is monitoring people. A simple innovation I’ve seen is a glass panel that can become transparent or opaque at the touch of a button. It offers both privacy and an interior view as the situation demands. For example, every night we are required to check people for breathing or general wellbeing. Currently you have to open a door to do so. That door is usually alarmed and people – often with cognitive impairment – are shocked into wakefulness. This glass panel offers the ability to make the checks without interfering.

Another example would be to tackle issues around medication errors. Currently we use the most archaic form of identification when administering medicine, a photograph. There are so many technologies that we could repurpose from other sectors to improve identification and reduce errors.

ANGELA: What tangible changes would you like to see happen within the field in the next twelve months?

JACKIE: I’d like to see two changes. Firstly, I would like to see the diversity and inclusiveness of our society reflected in the leadership of the field. Ageing encompasses all ethnic backgrounds, and we need to be able to connect with more segments of the population to deliver longevity and wellbeing for all citizens in the UK. I think diversity in leadership – in both policy and business - would go a long way to reduce inequalities in healthcare.

The second change I would like to see is a dynamic change from talking to action. I would like to see more groups coming together to highlight the challenges for which innovation is required. I would like to see greater engagement with industry to find solutions that mitigate risks faced by ageing populations. We need to create a vibrant, competitive marketplace where ageing individuals are consumers of products and services specifically designed to support their lifestyles.

We connect biotech, medtech & healthtech executives with access to the capital, intelligence, innovation, and partners they need to grow their businesses.